against the modern pharisees

Posted on September 26, 2015 by christopher fisher 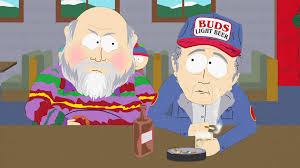 There is a scene in Mark in which the Pharisees accost Jesus for not following ritual law that had been developed from their interpretations of Levitical code:

Mar 7:5 Then the Pharisees and scribes asked Him, “Why do Your disciples not walk according to the tradition of the elders, but eat bread with unwashed hands?”
Mar 7:6 He answered and said to them, “Well did Isaiah prophesy of you hypocrites, as it is written: ‘THIS PEOPLE HONORS ME WITH THEIR LIPS, BUT THEIR HEART IS FAR FROM ME.
Mar 7:7 AND IN VAIN THEY WORSHIP ME, TEACHING AS DOCTRINES THE COMMANDMENTS OF MEN.’
Mar 7:8 For laying aside the commandment of God, you hold the tradition of men— the washing of pitchers and cups, and many other such things you do.”

The Pharisees approach Jesus and condemn/question him for not purifying his hands before eating. This law was invented by the Pharisees, an interpretation of broader laws found in the code of Moses (possibly Leviticus 11). Jesus responds by condemning them for following the guidance of man and ignoring what God actually said.

In America, Christians have invented their own morality, not unlike the Pharisees. In American culture, it is a sin to drink, smoke, and to do drugs (these Christians often make exception for medical purposes, vaguely defined). This article will focus on smoking, being a particularly weird morality stance taken by the modern Pharisees.

In these circles, one cigarette (or e-cigarette) is a sin. The view that one cigarette is evil is drawn from wild leaps of logic, irrational thinking, and is applied with inconsistency over a wide range of actions and behaviors. There is always just one prooftext for this:

1Co 6:19 Or do you not know that your body is the temple of the Holy Spirit who is in you, whom you have from God, and you are not your own?

1 Corinthians 6:19 is found in a fleeting reference in a letter to the Corinthians from Paul. This is the “go-to” verse on this issue. Presumably, if 1 Corinthians 6:19 was to have been lost in history the anti-smoking advocate would not be able to find support in the 31,101 other verses in the Bible. 1 Corinthians 6:19 is the catch-all verse used to condemn any behavior with which the modern Pharisee does not agree (it is the Biblical Commerce Clause).

The thought pattern is as such:
Premise 1: “Your body is a temple”. Premise 2: “Cigarettes are dangerous”. Conclusion: “Smoking even one cigarette is a sin.” Bonus: “e-cigarettes are also a sin because they kind of look like normal cigarettes.”

Notice the wild leaps of logic. Assumptions are brought onto what it means that “our body is a temple”. Assumptions are brought into the dangers of smoking and these assumptions are pressed past the point of breaking with reductio ad absurdum that is honestly believed by the advocates. Just to be emphasize this important point: the reductio ad absurdum is the position held by the advocates (it is not just a hypothetical to cast doubt on a belief).

But the entire chain of logic is flawed. Starting with the last claim: by what standard can one cigarette be said to be dangerous?

One cigarette in someone’s lifetime cannot have any discernable effect on the “temple of God”, especially not more effect than one Oreo or one slice of greasy pizza or one day exploring a cave. Plenty of employees currently work in conditions that have air much more toxic than one cigarette per day. Are these immoral jobs? Is living in a polluted city a sin? Why are cigarettes singled out? Where does the advocate draw the line? It is arbitrary and absurd.

All of this challenges the second claim: at what point are cigarettes dangerous? One pack a day? One pack a week? One pack a year? It is hard to know.

Cigarettes are just one input over a lifetime of conflicting inputs into how healthy people are. In Japan, there is a higher consumption rate of cigarettes coupled with some of the lowest rates of lung cancer in the world. In fact, Americans are six times likelier to get lung cancer than their equivalent Japanese counterpart. Japan has the longest life expectance in the world while it ranks number 17 for cigarettes smoked per adult per year. Something else is going on, and it does not look like cigarettes are the entire picture.

Not all people have the same harms induced by cigarettes. In fact, smoking might have some health benefits (like the following). For sake of argument, if occasional smoking had health benefits then is smoking still bad?

As a disclaimer: nothing in this article is calling for people to take up heavy smoking. This should be obvious, but in my conversations with these modern Pharisees, they do not understand temperance and moderation. They just try to assume out a possibility that is very real in my own life: smoking on average about 1 cigarette per year.

The most absurd leap of logic made by these Pharisees is thinking that the apostle Paul had smoking in mind when he was writing about the body being a temple. This is the same Paul that wrote:

Col 2:16 So let no one judge you in food or in drink, or regarding a festival or a new moon or Sabbaths…
Col 2:20 Therefore, if you died with Christ from the basic principles of the world, why, as though living in the world, do you subject yourselves to regulations—
Col 2:21 “Do not touch, do not taste, do not handle,”

Paul’s literal claim was that we should not be concerned with what we ingest. The pagans in Colossae were of the opinion that wine and food (the pleasure of consumption) were to be avoided. They were ascetics, trying to deprive their bodies of sensual pleasure. Paul is combating this “humility”. To Paul, nothing we consume can make us unclean. What defines a Christian is our walk with God.

To claim that Paul was writing against cigarette consumption is a complete reversal of Paul’s explicit teachings on the mater. And Paul was merely echoing Jesus’ statement:

When the modern Pharisees claim that something is a sin, there ought to be a little better evidence than tenuous leaps of logic that are formed in their own mind.

The blog is meant for educational/entertainment purposes. All material can be used and reproduced in any length for any purpose as long as I am cited as the source.
View all posts by christopher fisher →
This entry was posted in Bible, Morality, Theology. Bookmark the permalink.