Posted on September 12, 2016 by christopher fisher 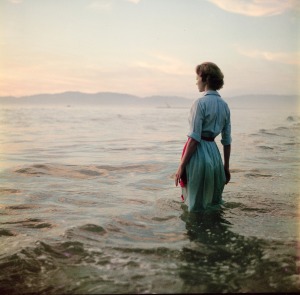 1. Jesus taught a kingdom gospel: one in which an imminent Kingdom of God was to appear and those who were unrighteous would not be accepted. This included following Mosaic laws such as circumcision and Kosher food laws.
2. Even after Jesus’ death and 30 days of teaching after resurrection, Jesus’ disciples continued this teaching.
3. In Acts 9, God raises a new apostle, this one to the Gentiles. This was Paul and he taught the Gentiles (and the Jews) to forsake the law as a means to attain righteousness.
4. Paul’s message is that through Jesus’ blood, righteousness is obtained. Those under the Jesus’ blood are no longer under the law, both the symbolic and moral elements of the law. All things are lawful.
5. Paul taught that although all things are lawful (including moral sin), sin is still serious, has serious consequences, should be administratively punished, and one should live for God.
6. When this view comes into conflict with James and the 12, the dispute is resolved in Acts 15, but flares up again in Acts 21, in which Paul is accused of violating the terms of agreement.

This view is in conflict with mainstream, modern, Christian narratives of the early church. As such, many people argue against this view in passionate terms. A correct understanding of the view is needed to accurately refute it, and plenty of bad arguments have been leveled against it:

Bad arguments:
1. Jesus and the 12 disciples taught that one can lose salvation through sin.
-This is literally affirmed by the Acts 9 position. This point does not, in itself, refute the Acts 9 position.
2. If Paul were to teach salvation could not be lost, then he would be in disagreeance with Jesus and the 12.
-This is literally what the debate is about. The Acts 9 position is one which argues that this is true, that Paul was teaching something new that was not taught by Jesus or the 12. One cannot assume their position at the start of a debate. That is the Begging the Question fallacy. There is also plenty of New Testament texts which describe this tension.
3. If Paul is teaching something different than Jesus, James and the 12, then Paul is teaching a false gospel.
-This is not necessarily true. Another possibility is that there are two equally legitimate ways of reaching God simultaneously, which is the Acts 9 position.
4. If Paul were teaching something different than Jesus, this would be another gospel.
-This is a semantical move, which is crutched in the fallacy of assuming that terms have to be definitive and absolute (fallacy of Equivocation). Paul talks about a gospel he is countering (James’ gospel) as “not another gospel” (Gal 1:7). Paul’s use of the word “Gospel” both includes his own and James’ while noting the differences. This is not alien to normal modes of speaking.
5. Paul condemns sin in the sharpest of manners.
-This is not denied by the Acts 9 position. The Acts 9 position is that sin is serious, but not a make or break salvation issue. This argument is often used as a strawman, used to claim that Acts 9 proponents are teaching people to sin. This is not at all accurate.

There may be other good arguments, but the arguments need to speak to the basic Acts 9 position without just assuming the Acts 9 position is wrong. With this in mind, Acts 9 dispensationalism is not without strong roots.

Key points that point towards the Acts 9 position:
1. All the events of Acts 15, including the hearing over new issues that have not been resolved.
2. All the events of Acts 21, in which James forces Paul into action to prove he is not teaching the Jews to forsake the laws of Moses.
3. James’ use of Pauline points and phrases to attempt to make opposite points.
4. Peter’s statement that people misunderstand Paul to their own destruction.
5. Paul’s claims that his critics were accusing him of teaching people to sin.
6. Paul’s letter to the Galatians, recounting his experiences and interactions with the 12, and advocating his authority as independent of theirs.
7. Paul’s consistent disclaiming of the law, and linking the law with sin.
8. Paul’s countering of arguments that are listed in the “bad arguments” category. If people were using the same arguments against Paul in his time, this is a good indication that the Acts 9 position is accurate.
9. Paul being persecuted for different reasons than the 12, by different people, and more severely.

This article should serve as a basic for fruitful refutation of the Acts 9 position, if one wishes to attempt it.

The blog is meant for educational/entertainment purposes. All material can be used and reproduced in any length for any purpose as long as I am cited as the source.
View all posts by christopher fisher →
This entry was posted in Bible, Dispensationalism, Theology. Bookmark the permalink.